Snowed in with the Prince (Forest Grove Series Book 1) 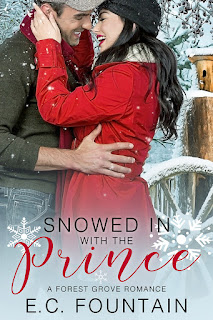 A prince leaving his kingdom to live a normal life. A small town librarian struggling to move on from heartbreak...can a snowstorm help this unlikely pair find love?
Prince Gabriel “Gabe” Rafferty is not to ready to become king. Gabe craves privacy and time away from the spotlight that comes with being royalty. After striking a deal with his father, he leaves his home in Delnovia to live life as a regular guy in Forest Grove, North Carolina, for six months.
Genevieve Porter is nursing a broken heart after an embarrassing breakup that was the talk of the town. She’s sworn off men and just wants to spend time with her friends and her books. After being deceived by her ex, she doesn’t trust easily.
But when a snowstorm changes both of their plans, Genevieve finds herself snowed in at Gabe’s mountain home. While Gabe hides his true identity, he is falling for the pretty librarian and the peaceful town of Forest Grove. The more time he spends with Genevieve the more he realizes what it would be like to be with someone who sees who he really is and doesn’t just see power and a title. Genevieve fears falling for the handsome newcomer. Will Genevieve risk her heart only to find out Gabe isn’t who he seems to be?
When the truth comes out, will love be enough to heal past wounds and help Gabe and Genevieve find their happily ever after? 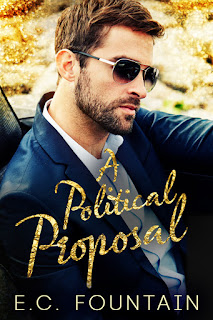 She’s political royalty. He’s the underdog in a heated race for senator. Will one night of passion change their lives forever?
Lila Hudson was born to privilege. She has all the luxuries a famous name and her family’s money can buy. The problem is that when you’re Senator Hudson’s daughter, that’s all that matters to anyone. You’re just a famous name, not a real person...
Grant Hudson is striving to make a name for himself in the political arena. He thought he had everything planned out until a chance encounter with Lila changes everything. A surprise pregnancy rocks their carefully crafted public images. Lila will do anything to save her family’s reputation. Grant will do anything to salvage his political aspirations. A marriage of convenience seems to be the only answer...
A Political Proposal is a marriage of convenience/accidental pregnancy standalone romance novel that has no cliffhanger.

Enjoying Christmas: How to Get Organized for the Holiday Season and Avoid Holiday Stress 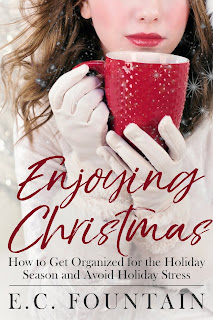 Does the holiday season send you into a tail spin? If so, this book is for you. This book will help you get organized, avoid stress, and determine your holiday season priorities. You will learn step by step how to:
*Make a priority list of what truly matters to you during this busy season, not just a typical "to-do" list
*Avoid stress and learn to say no
*Make memories that will last a lifetime with those you love
This quick read will help you have the most relaxing, joyous holiday season yet!

All I Never Wanted 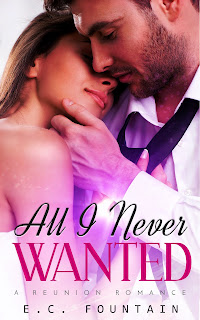 She's waited ten years to see him again. What's the worst that could happen?
Washington High Class of 2003 ten year class reunion. Tonight, Carmen Atwood will get another chance with Ryder Jones. She's only been dreaming about him for the past decade. Armed with a new dress, Spanx, and way too tall shoes, she's ready to catch her man.
Eric James is the nice guy next door, whose had his eyes on Carmen for over a year. Can he convince her to let go of her high school crush and see what's been in front of her face this whole time? Sparks fly in this romantic comedy of what could have been and what may be!
All I Never Wanted is the start of a new short story series, Reunion Romance. This is a short story with a happy ending.
Email ThisBlogThis!Share to TwitterShare to FacebookShare to Pinterest

Welcome to my author website! You can find information on all my books here. Please also sign up for my newsletter to receive notices on book discounts, freebies, and new releases. Thank you for stopping by!

Signup for news and special offers! You can unsubscribe at any time.